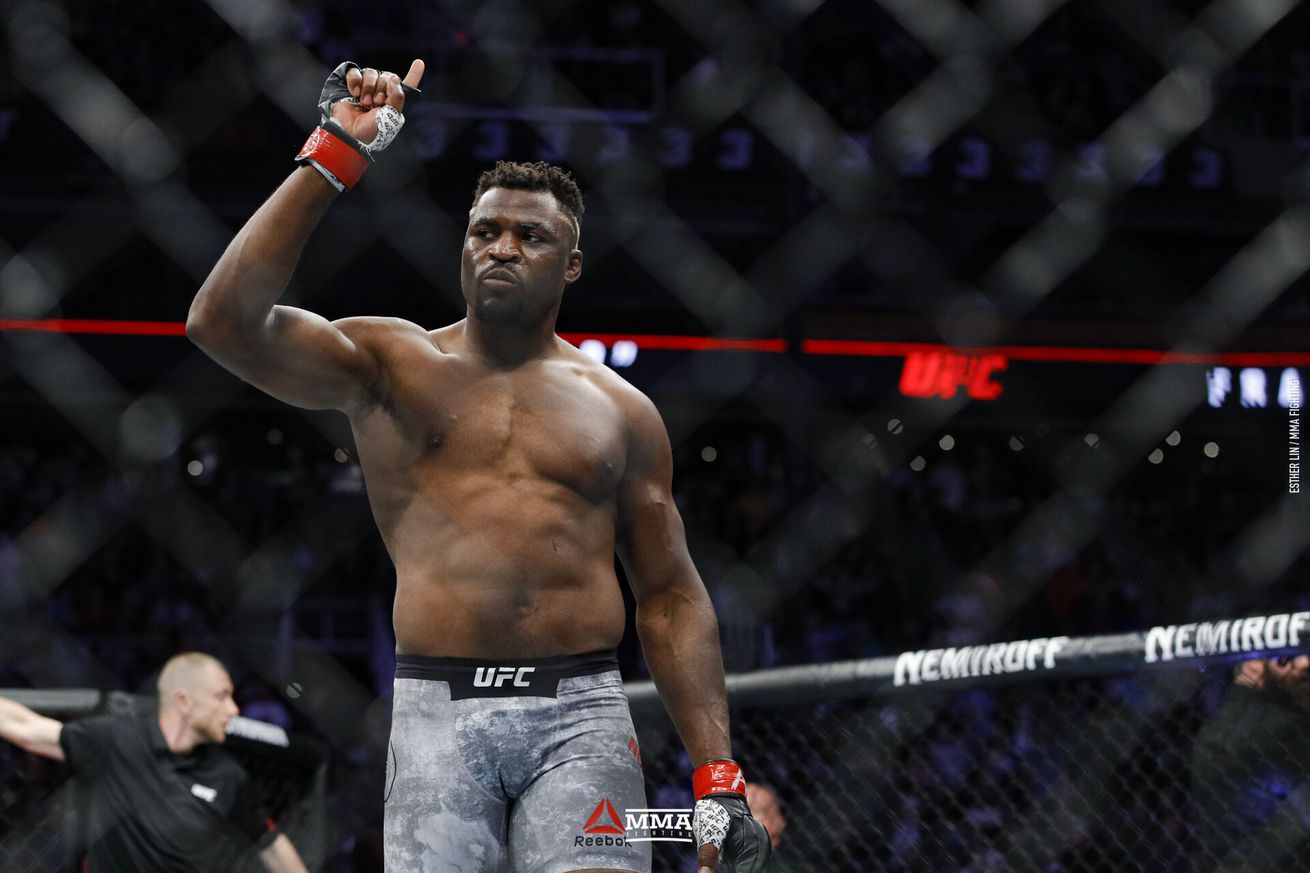 Francis Ngannou hopes to fight sooner rather than later after the UFC had him tested for COVID-19 just recently.

The ferocious heavyweight knockout artist originally was supposed to compete on March 28 in a headlining showdown against Jairzinho Rozenstruik at UFC on ESPN 8 in Columbus, Ohio. That card was later canceled after concerns over the spread of the coronavirus shut down virtually all athletic events in the United States following President Donald Trumpâs recommendation that no more than 10 people gather together in any one room.

In the aftermath of the fight cancellation, Ngannou says the UFC organized a coronavirus test for him to make sure he was healthy enough to still compete.

âI got tested,â Ngannou told Submission Radio. âThey got me tested for COVID-19. I guess they tested all the fighters, too, which is kind of like a positive thing. Make you feel a little bit safe to get along with those people.â

While UFC President Dana White has refused to say if the promotion was getting the athletes tested for COVID-19, Ngannou believes the organization is taking the proper steps to ensure all of the fighters competing on upcoming cards are healthy and free of the deadly virus.

Ngannou says his test took place about a week ago and that it was facilitated by a doctor through the UFC.

Despite the growing pandemic sweeping the globe, Ngannou previously told MMA Fighting that he was still willing to fight while having faith that the UFC would do right by the athletes when it came to their health and well being.

The same can be said now after Ngannou was tested for COVID-19 and heâs ready to compete as soon as the UFC gives him a date and a location to fight.

âNo, I mean I wonât be concerned because once again, I donât want to say that COVID-19 is nothing, I donât want to say itâs not bad, but technically, I think itâs a flu that we have all the time,â Ngannou said. âThe only problem with it is itâs very contagious and it can spread very fast. No, I wouldnât be concerned about it. Because even after the test, I wasnât very worried, like whatever is it, it will be OK.

âI think the thing right now is the panic. This thing has caused more panic than the real pain itself. We are panicking. Sometimes you think about. I saw people that has cancer, I went to the hospital to see a friend, who was at the hospital for chemo and he was there about to have the chemo and he was scared about the coronavirus.â

While nothing has been set in stone for his return, Ngannou added that it remains a possibility that he could fight at the upcoming UFC 249 card, which is headlined by lightweight champion Khabib Nurmagomedov taking on Tony Ferguson.

âThereâs a chance that I can be fighting on that card,â Ngannou said. âBut you know they have to settle everything down. For now, it seems like they have a location but they still have to double check and see how they can handle this event safely for people. Because first of all, theyâre not just expecting to put people there fighting. Theyâre also trying to make things to care about our health.â

As far as opponents go, Ngannou believes he would still face Rozenstruik and heâs under the assumption that the undefeated heavyweight prospect has also been tested for COVID-19.

On Wednesday, White told ESPN.com reporter Brett Okamoto that the April 18 event could be a mixture of previously scheduled fights and new ones based on the promotionâs ability to move fighters to a new location. He confirmed the promotion intends to preserve the Ngannou vs. Rozenstruik booking.