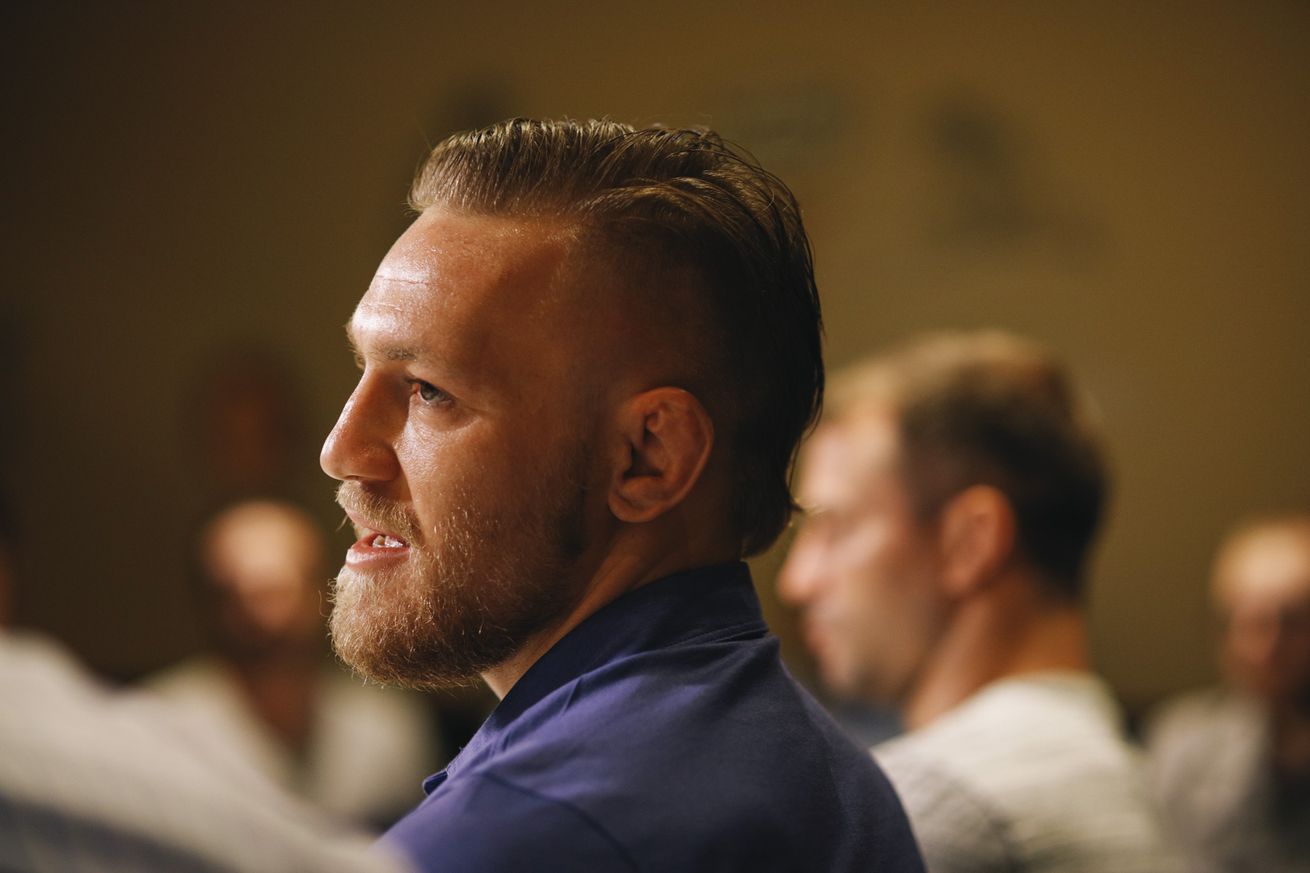 In the fight against the ongoing coronavirus pandemic, Conor McGregor is trying to do his part.

Following a passionate plea from the former UFC featherweight and lightweight champion encouraging Ireland to go into âlock downâ, McGregor revealed via Twitter that he will be donating 1 million euro in medical suppliesâor just under $1.1 million USDâin his native Ireland.

The moment was captured as McGregor revealed a direct message between he and Irish politician Paschal Donohoe, after Donohoe asked âThe Notoriousâ for ideas on how the message of social distancing can be further encouraged. McGregor gave his opinions, then put forth his seven-figure donation.

âToday I am purchasing myself, 1 million euro worth of personal protective equipment to be deployed to all the fighting hospitals in the Leinster region,â McGregor wrote.

McGregor made it a point to praise the doctors, nurses, first responders, and other essential medical personnel for their hard work and dedication during a scary time in the world.

âWhere we would be without these brave men and women, I do not know,â McGregor wrote. âMay God bless over them and keep them safe.â

As of Tuesday evening, there have been 1,125 reported cases of the coronavirus with six deaths in Ireland. With universities, schools and pubs already shut down, the UFCâs biggest star is urging politicians to close airports and non-essential businesses, as well as cut all non-essential travel.

In the conversation between McGregor and Donohoe, McGregor doubled down on those pleas as he hopes the nation will come together in, not just the right way, but all the way.

âI urge all the way!â McGregor wrote. ââAll inâ is the term we must use here. Bit by bit will cost us lives. To see what is happening here in Ireland and all across the entire globe, is heartbreaking to me. I pray. God speed Minister and thank you for the message, and your service to our nation.â