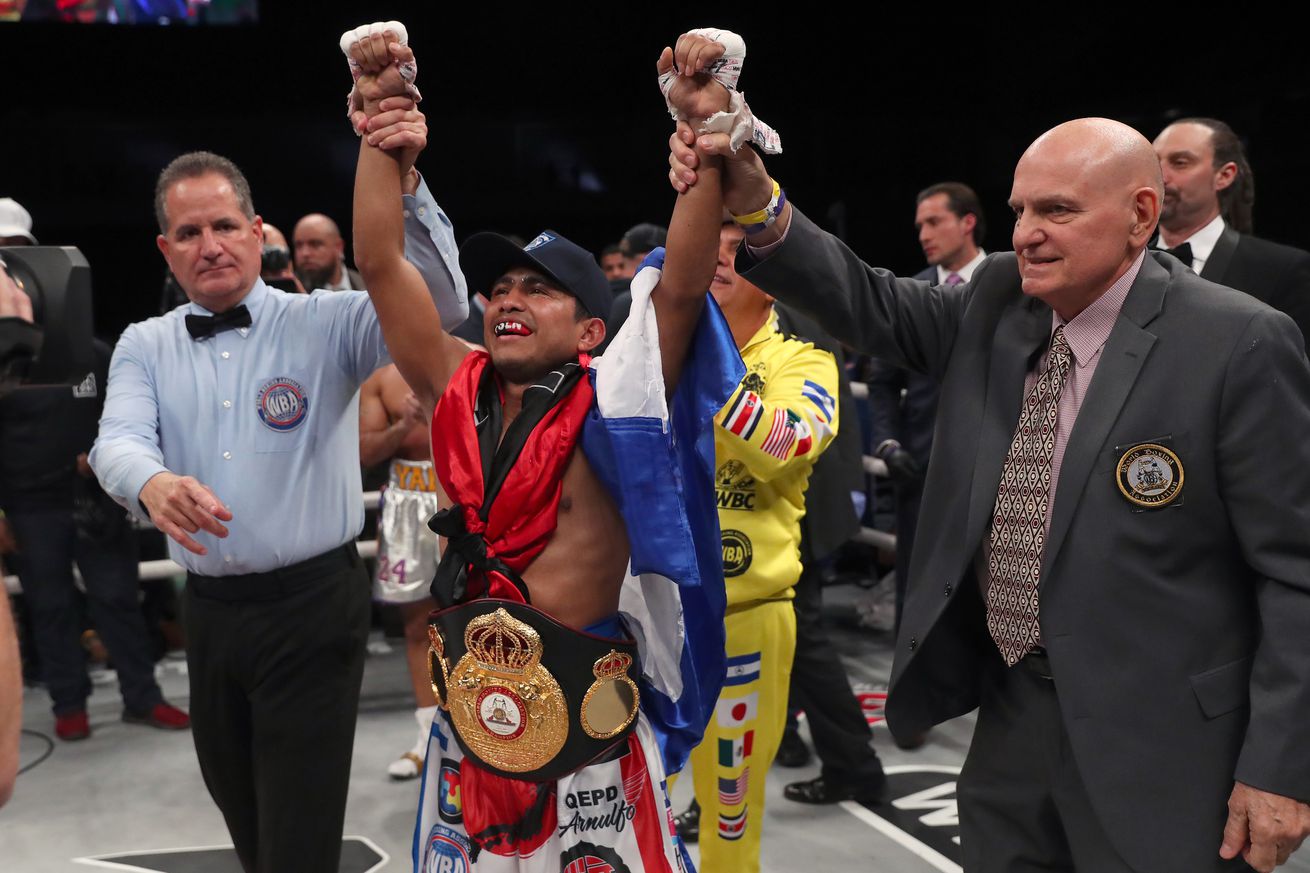 Gonzalez defeated Estrada by decision at light flyweight in 2012.

Nobody has any idea when boxing will return, but it looks like itâll do so with a bang. In addition to the brewing featherweight unification between Josh Warrington and Xu Can, Zanfer Promotions tells ESPN that ânegotiations have begunâ for a rematch between WBA super flyweight champ Roman âChocolatitoâ Gonzalez and WBC kingpin Juan Francisco Estrada, âideallyâ in 2020.

The two first met in 2012, Gonzalez (49-2, 41 KO) the tyrant of the 108-pound division and âGalloâ Estrada (40-3, 27 KO) a 22-year-old young gun. The two wound up stealing the show on the Brian Viloria-Tyson Marquez undercard, with Gonzalez taking a competitive decision in what would ultimately be his only trip to the judges in a 16-fight stretch.

More recently, Estrada followed up his successful rematch against Srisaket Sor Rungvisai with a knockout of overmatched challenger Dewayne Beamon. Then came a long stretch of trying to put together a unification fight with Kal Yafai, which was repeatedly stymied by Estradaâs persistent hand issues. Gonzalez, meanwhile, took advantage of the opportunity to flatten Yafai last month in his first major victory since falling to Srisaket.

This might not sit terribly well with WBA mandatory challenger Andrew Moloney, whoâd challenge Yafai in Gonzalezâs place, but unification historically takes precedence over mandatories. Odds are that the WBA will allow this with the caveat that whoever wins faces Moloney in their first defense, probably followed by WBC mandatory Srisaket.